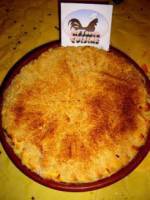 Others recipes from Traditionals 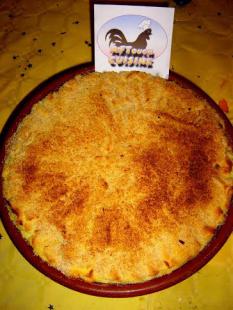 This recipe has a real advantage : you can prepare it the day before the service and heat it again during 10 minutes in the oven at 450°F just before serving the meal.

1/ Pre-heat the oven at 390°F.
2/ Put the potatoes cut in the eight in a sauce pan, add coarse salt (8 grams per liter of water), cover with water, put a lid on the pan and cook the potatoes.
3/ While potatoes are cooking, prepare the stuffing : in a casserole dish that can bear the heat of the oven, make some duck fat (get it from around the confit) melting on the hob, then add the shallots, let them sweat a little, then add the veal stock, the Port and the flesh of the duck legs confit a little creamed/kneaded, add a little salt, some ground black pepper and thyme.
Make it boiling and when boiling, transfer the covered casserole dish immediately into the oven during 25 minutes.
4/ This should be approximately the time necessary for cooking the potatoes. Drain them and mash them while they are very hot in order to get a finely mashed purée.
5/ Make the milk boiling.
6/ Heat again the potatoe purée on a warm hob and stir it with a wooden spatula in order to dry it during 2 to 3 minutes, then add the butter in small cubes, then the boiling and seasoned milk so that you get the right consistency. Finetune the seasoning, then add, out of the hob, the truffle cut in thin sticks ('julienne' cut) and keep it aside.
7/ Take the stuffing out of the oven and stir it well until you get the consistency of hot potted meat. Still away from the heat, mix the foie gras cut in big cubes with the wooden spatula.
8/ You now have the following alternative : either you serve your 'parmentier' in individual portions and if so use small clay dishes, or you use a large dish that can bear the heat of the oven. Anyway, put a first layer of potatoe purée, then one of duck and a final one of purée. Make a drawer on the last layer.
9/ Put breadcrums blended with mushroom powder on the top of the parmentier at the last moment and make it brown ('gratin').

With this recipe, I like a Burgundy wine like an Aloxe-Corton or a great Côtes du Rhône, like a Côte Rôtie because I find that the truffle taste comes so well with those wines.
If you succeed in preparing this recipe, your guests and yourself will be moved !

(*) Note of the translator : Parmentier is a famous French specialist in plants, counsel of the king (XVIIIth century). Most of his fame is due to his successful introduction of potatoes into the meals of the French population ; this is why, in French cuisine, his name is oftern associated to potatoes ... 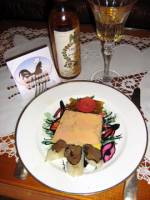 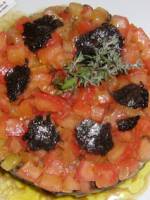 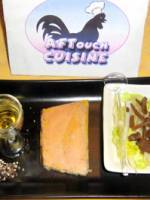 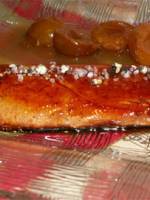 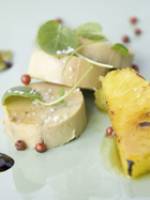 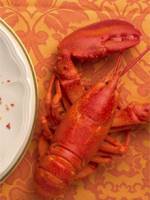 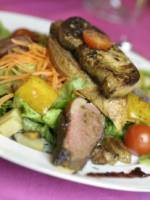