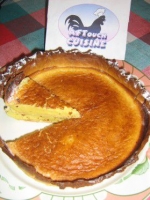 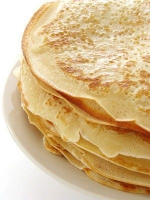 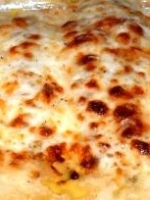 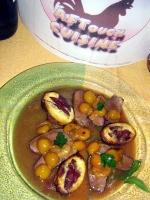 Others recipes from Duck 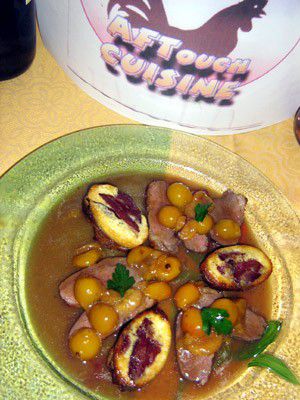 1/ Trim down some of the fat from the magrets and using a sharp knife, c score them by making few crossed incisions (deep but not all the way through the skin) in the skin of the magrets and remove the small nerve endings on their flesh side.
2/ In a dry, large frying pan, over high heat, cook the magrets skin side down and let them cook for 8 minutes so that they have a nice golden brown colouring, then cook them 3 minutes on the other side, season well with salt and pepper.
3/ Remove most of the rendered fat from the pan (keep a little to sauté the potatoes).
4/ In a casserole dish, off the heat, place a soup plate bottom up, put the magrets on it and cover with a lid : the magrets will rest while you continue to make the recipe.
5/ Cut your potatoes in thin slices, then in long and thin sticks then in tiny cubes and throw them in some water.
6/ Do the same than in with the apple and keep it aside separately.
7/ Prepare the sweet and sour sauce in a saucepan : pour the vinegar and the honey, reduce it and just before reaching the state of caramel, add the orange juice. Let it reduce again to half its volume, then add the veal stock and the allspices. Cook it very gently during 7 to 8 minutes.
8/ In the meantime, heat up a frying pan with a teaspoon of butter. Thoroughly drain the potatoes and sauté them during 7 to 8 minutes. Add salt and pepper only at the last moment, then add the apple and set the lot aside, off the heat.
9/ In the same frying pan, add another nob of butter then add the mirabelle plums (still frozen if you do not use fresh ones) and let them melt during 4 minutes then add the sweet and sour sauce as well as the juice rendered by the duck magrets. The sauce is now ready : keep it hot in a 'bain marie' or double boiler.
10/ In the bottom of 8 small individual ceramic moulds, put 2 thin slices of smoked magrets, crossed, and put the potatoes-apple mixture (well packed).
11/ Heat up the magrets for 3 minutes in the oven (390°F) as well as the moulds, then carve thin slices of duck magrets (make the cuts in their width).
In the middle of each nice plates turn out the moulds with the potatoes-apple mixture, topped with the slices of smoked duck magret, put around it the slices of roast duck magret and coat them with the sweet and sour sauce.
And now, take a look at your guest faces ...

You can prepare in advance the moulds and the sauce and you can roast the magrets just before the arrival of your guests. Just before going to sit at the table, you will only have to heat up the sauce and the potatoes-apple mixture, so that you can spend more time with your guests.
credits photo : © Asfaux Patrick - A.F.Touch