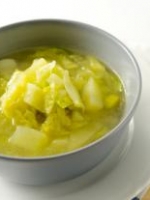 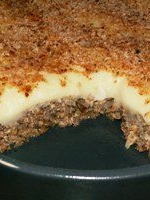 Others recipes from Fishes and Shellfish 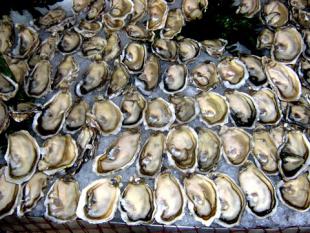 1. In a saucepan, put the butter, make it melt then add the endives, salt, sugar, lemon juice and allspice, cover with a lid and let it very gently cook during 30 minutes.
2. In the meantime, open your oysters, take them away from their shells but keep the (cleaned) shells.
3. Make the Sauternes boiling and then, pour the oysters only during 10 SECONDS (not more) in the wine and take them off the wine with a skimmer and put them on a dish.
4. reduce the wine to half of its quantity on the heat and then let it cool down to room temperature.
5. On a baking tray, put a thick layer of coarse salt on which the shells could stand horizontal.
6. Place the empty shells on the salt of the baking tray, then pour 1 soupspoon of 'confit'cooked endives in each of them then put 1 oyster per shell on top.
7. Prepare your sabayon sauce : in a saucepan put in a bain marie on a hot plate/hob, pour the reduced Sauternes wine and the yolks and stir with a whip like making a chantilly in order to introduce air in it and to cook it very gently until the sabayon has a creamy consistency. Then take the saucepan out of the bain-marie and IMMEDIATELY add the liquid cream, little table salt and ground pepper.
8. Heat the oven on the grill position
9. With a soupspoon, cover each oyster with some sabayon, then put on the oven, the grill facing the sabayon until it is browend (2-3 minutes).

Put some coarse salt on each serving dish before putting the oysters (in their shell)on it and also serve a small grass of the (cold) wine you have used to make this recipe.

You can prepare everything in advance except the last phase under the grill because this last phase bring enough heat for the oysterds and for the endives.

Sauternes (or Barsac) is a gorgeous natural sweet wine of the Bordeaux area. You can also, as an alternative, use a late harvesting wine from Alsace.
credits photo : © - Maceo FOTOLIA 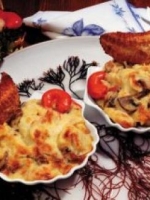 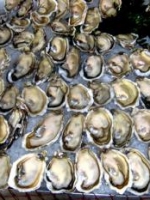 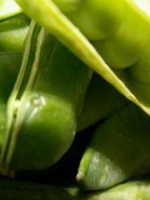 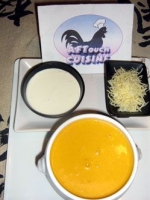 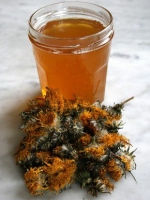 Hot oysters in a Jurançon sabayon